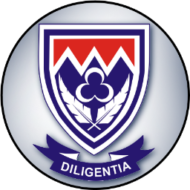 Click to enlarge image.
Contact Information
Contact WORCESTER GIMNASIUM
0233470426
Visit Website
More Information
The Seminarie is a girls’ hostel dating from the time of the old Girls’ High School. In those days there were but few, but these days we have nearly 100 girls in the hostel, ranging from grades 8 to 12. From the old Girls’ High we also inherited traditions and pride to be part of the Sem family. The Sem is known for its discipline, high moral standards, academic achievements and good spirit. In this we try to develop camaraderie between the girls to support and protect each other.The Seminarie forms the backbone of the school with our girls participating in all areas and also fulfilling leading roles in the school and society. The Seminarie girls go through a selection process to make sure that only the best will be accepted into this special place. This is to make sure that your daughter will only be exposed to the best of the best.Brandwacht is a hostel with lots of tradition and heritage. It has been around for quite some time and has been the home to many boys who have gone to excel in their lives. In Brandwacht, the boys are led on the correct path to becoming proper young men in the society. It is founded on discipline and camaraderie, where the boys help each other to achieve excellence, as is in line with the school's vision.Brandwacht reopened its doors in 2011 after 2010 saw it undergo quite a makeover. Along with the makeover the old hostel building was rechristened Brandwacht. Brandwacht is situated in a beautiful historical building on the school grounds. The close access to the school means that the Brandwacht boys are active participants in all areas of the school.Public Secondary School, Specialising In Computer. Local Municipality Is Breede Valley Local Municipality Located In The District Of Cape Winelands. TULBAGH STREET,WORCESTER ,
This Ad has been viewed 1883 times.