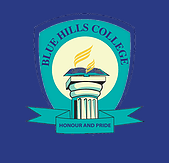 Blue Hills College is a Christian Private School situated in Midrand, halfway between Johannesburg and Pretoria.

Established in 1996 by Chief Ndlovu, and David Mlauzi, Blue Hills College has evolved from being a small-inner city school to a well-established independent institution with boarding and an excellent academic record.

Originally located in the Johannesburg Central Business District under the name of St Paul’s, the school initially catered for both primary and high school learners. The primary school was unfortunately discontinued due to lack of adequate facilities. The early years were a very difficult period for the school.

A large portion of our students reside on the premises.

Boarding is only available for college students from grade 8 - 12.

There are two boarding houses on the premises, one for male students and one for female students.

FOR APPLICATIONS TO BLUE HILLS COLLEGE:

This Ad has been viewed 442 times.